← more from
Jarring Effects
Get fresh music recommendations delivered to your inbox every Friday.
We've updated our Terms of Use. You can review the changes here. 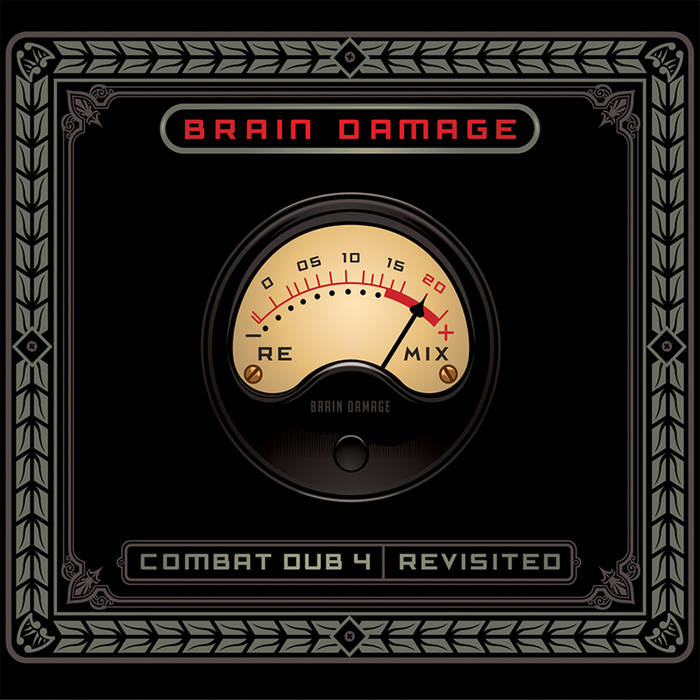 willy vlyminck Beware, the cover have nothing to do with King Crimson, this is Dub and Reggae:)

It was back in 2000 that Fedayi Pacha and Martin Nathan initiated the famous remix compilation series entitled Combat Dub. Heading Bangarang then, one of the pioneer collectives of dub in France, they were among the firsts to import there works from many artists from all around the globe. Almost all different contemporary dub styles were represented along the three first volumes, from UK sound-system, to New-York dub-illbiant, including the French scene foundations …

Though the project aims surely beyond a mere juxtaposition of prestigious names. It indeed intends to reflect 20 years of collaborations, crazy ventures and meetings, that have shaped Brain Damage career into something unique. All different artistic periods of the producer, and each of his 14 albums are represented, from the very first years until most recent works.

Combat Dub 4 is laid out as a digest of Brain Damage teeming discography, revisited by 14 producers among the most influential of their generation. 20 years of dub & experiments …

From Bogotá to New-York, from London to Guadalajara, from Kingston to St Etienne …
From 1999 to 2019…

With more than 14 albums & 750+ concerts, Brain Damage ventures for 20 years now, into many artistic & stylistic experiments. Acclaimed as one of the founders of the French dub scene in the late 1990s, he soon appears as a major influence for a whole generation of musicians. But the artist is definitely not among those who forever rest on the models he founded, and he constantly reinvents himself. ... more

Bandcamp Daily  your guide to the world of Bandcamp

Frayle's Gwyn Strang and Sean Bilovecky join the show to talk about their cathartic new album.